This page will be a collection of various Florida rainbow photographs from over the years.
The first photo from late October 2021. When I first saw it the inner rainbow almost went from horizon to horizon and the outer rainbow was more prominent. By the time I got my camera and in position, both had faded to what you see here.
After a late afternoon storm passed over in August 2012, a complete rainbow formed over the ocean. As the rainbow faded, the lightning started up. As dusk approached, both cloud to cloud and cloud to ocean lightning could be seen.
A late afternoon June 2009 rain resulted in a double rainbow over the ocean. Conditions did not create a complete arc, for most of the time the rainbows were visible, only the ends could be seen. A fishing boat was on the ocean near one end of the rainbows.
One advantage to being caught out in the rain while taking photographs is getting a wonderful shot of a rainbow, as I did at Tomoka State Park in September 2007. 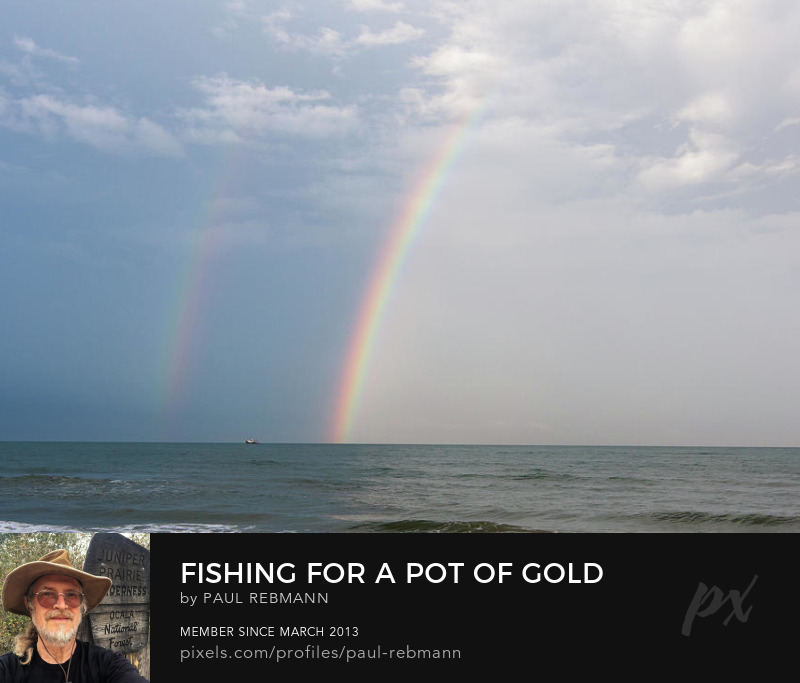