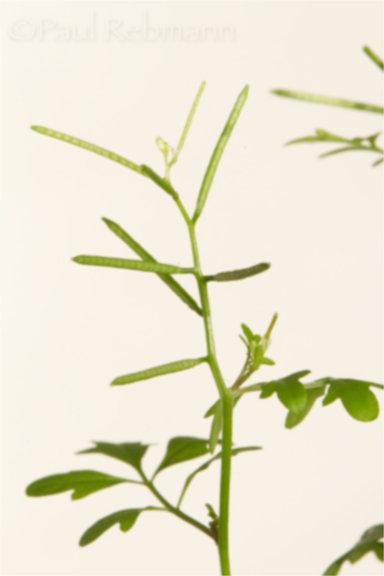 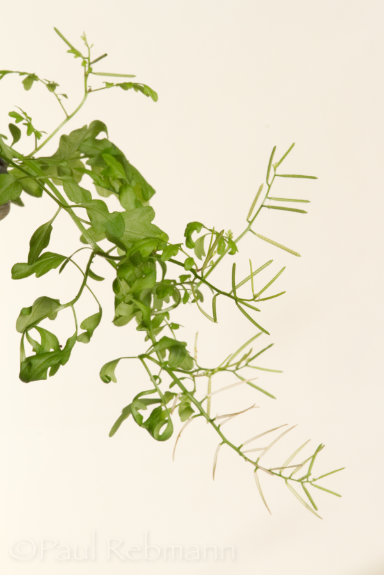 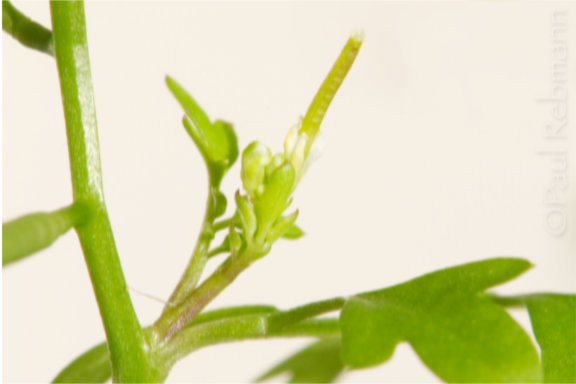 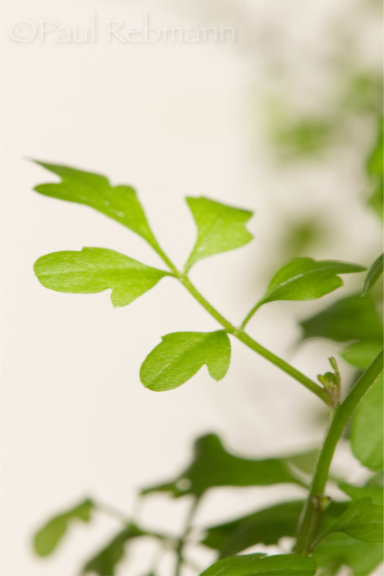 A common wildflower of wet hammocks, streams and spring runs throughout much of Florida. The range includes all of the United States and Canada, although no records shown from Arizona.
The tiny white flowers are in terminal racemes. Flowers have four petals and six stamens. At flowering time any basal rosette is usually absent leaving only carline leaves. Leaves are pinnately compound with the segments (leaflets) ovate to orbicular, often somewhat tricky-lobed and the seminal segments 6-25mm (1/4 - 1 in.) wide. Fruit is a slightly beaked silique.
This plant popped up in a pot with another plant that I obtained previously and was waiting to transplant outdoors. Thanks to Nick Giannola from Green Isle Gardens for identifying it as bittercress. He also mentioned that it is often called nursery weed, as it is very prolific and prone to popping up everywhere due to the fruit that explodes to effectively scatter the seeds.

Cardamine pensylvanica is a member of the Brassicaceae - Mustard family.

Other species of the Cardamine genus in the Wild Florida Photo database:
Cardamine bulbosa - BULBOUS BITTERCRESS