This terrestrial orchid was originally described from a single location, becoming the second species of this genus to occur in the United States. Orthochilus pottsii is shorter and has smaller flowers than O. ecristata, and seems to prefer a slightly higher and dryer habitat than the wider ranging species.
The dusty rose colored flowers are in a terminal raceme, twisted around the upper part of the scape. Most flowers do not appear to fully open. The fruit is a five-ribbed ovate capsule. Plants are 60-80 cm (24-31.5 in.) tall with acuminate leaves 30-50 cm (12-20 in.) long and 1-1.5 cm (0.4-0.6 in.) wide. Flowers number from 6-29 and appear from late July through October.
Some experts consider this to be the same species as O. ecristata. Others considered all of the Pteroglossaspis members of the genus Eulophia and more recently (2014, 2015) Pteroglossaspis has been moved into Orthochilus. Reports of this species occurring elsewhere, such as near Folkston, Georgia and in the Francis Marion National Forest of South Carolina are likely O. ecristata forma purpurea, the purple form of giant orchid. 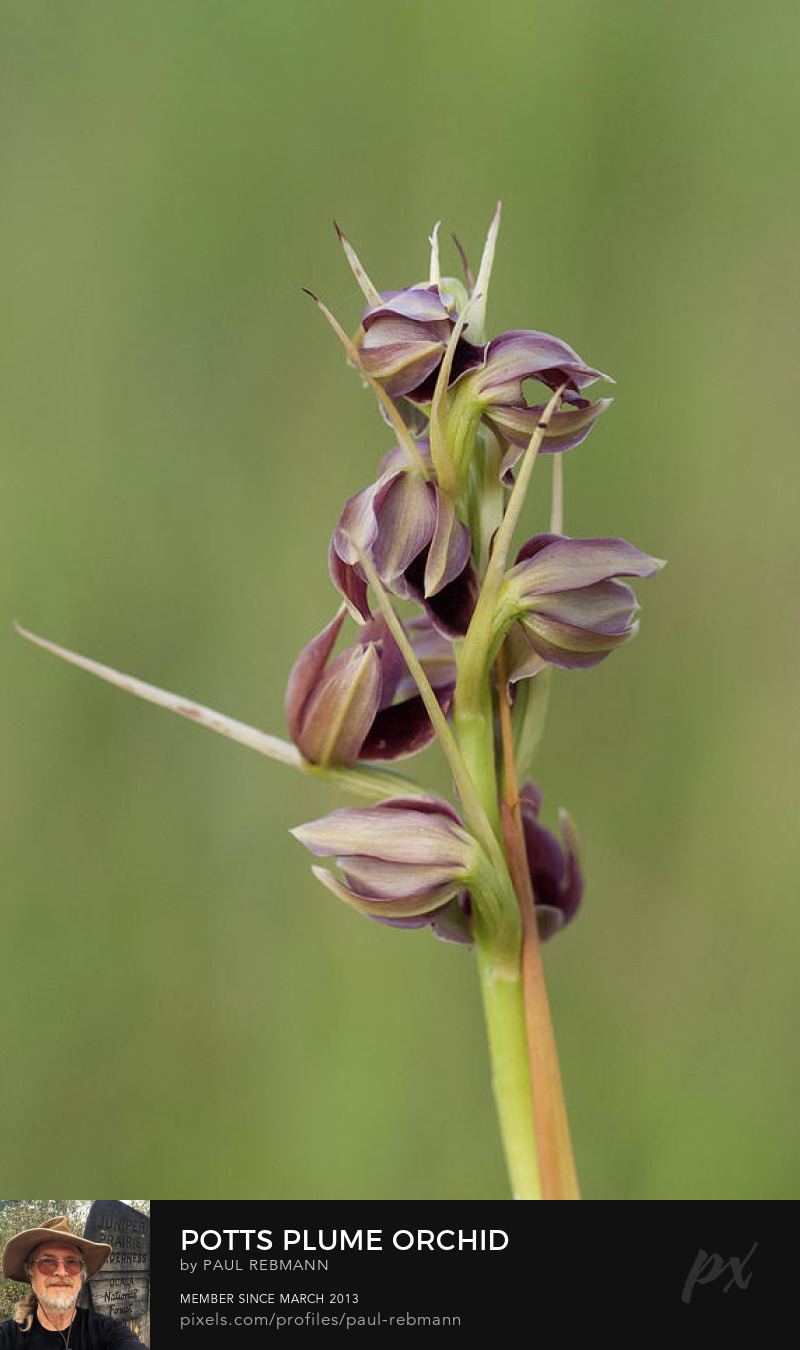 Orthochilus pottsii is a member of the Orchidaceae - Orchid family.

Other species of the Orthochilus genus in the Wild Florida Photo database:
Orthochilus ecristatus - GIANT ORCHID