A frequent wildflower of open areas, beach sides and other disturbed sites throughout much of Florida, mostly but not exclusively coastal counties. The range extends throughout much of the United States except Kentucky, West Virginia and some northwest states. Firewheel is also found in Alaska, Manitoba, Ontario and Quebec.
This annual or short-lived perennial is freely branched mostly at the base with ribbed stems up to 60cm (24in.) tall covered with tiny glandular hairs (trichomes). The leaves are alternate, hairy, lanceolate to narrowly oblanceolate and 2.5-7.6cm (1-3in.) long. Leaves are highly variable, with lower leaves pinnately lobed and stalked, upper leaves entire and sessile. Flowers have a reddish-purple disk and three-lobed rays that are most commonly bright reddish-purple with yellow tips, but color variations often occur.
The genus was named in 1788 for Antoine René Gaillard de Charentonneau, an 18th-century French magistrate, by archaeologist, plant physiologist and naturalist Auguste Denis Fougeroux de Bandaroy. Both were members of the Académie Royale des Sciences. Gaillard was a naturalist, amateur botanist and patron of botany and received plant seeds from the French colonies which he both cultivated himself and shared with other botanists. The type specimen for Gaillardia had been cultivated in France, with a Louisiana origin.
Long considered a Florida native, Gaillardia pulchella is now believed to have only been present before the arrival of Europeans in Louisiana, Texas and the southwestern United States. This species was not reported by the earliest botanists in Florida and only appeared in Floras of the southeastern United States in the late 1800's and early 1900's, and even then was often listed as a non-native. 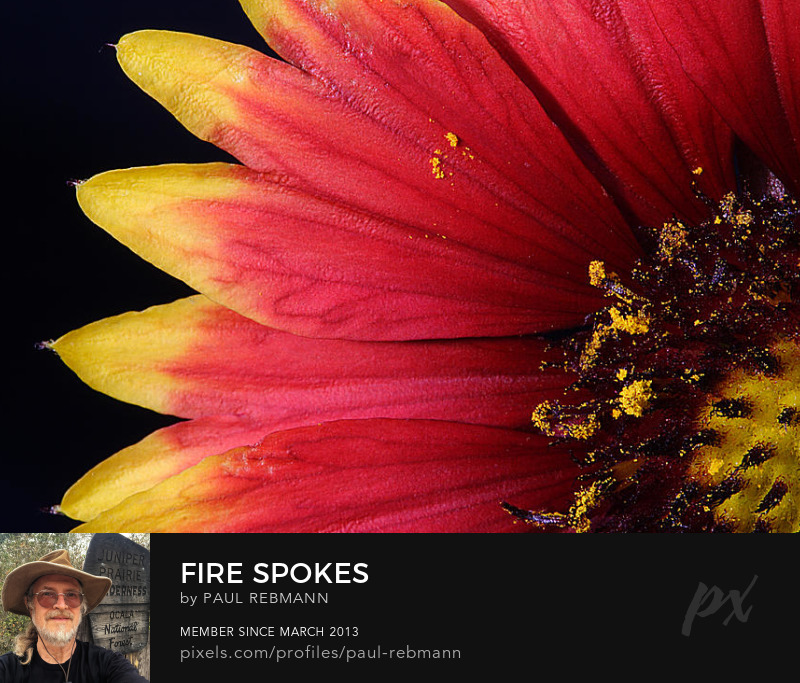 Gaillardia pulchella is a member of the Asteraceae - Aster family.

Wildflowers of the Southeastern United States profile for this species