This terrestrial orchid often appears in large numbers in flatwoods, oak hammocks and ruderal sites throughout the peninsula, more frequently from central Florida southward. They have also been found in Walton County. The range includes the West Indies, Mexico, Central and South America.
Ten to 40 usually coral to brick red flowers grow atop a stout scape from 20 to 60 cm (8-24 in.) tall. The 2-2.5 cm (3/4 - 1 in.) long flowers and the scape are covered with a fine frosty pubescence. The four to six elliptical to lanceolate leaves can be as large as 5 cm (2 in.) wide and 20 cm (8 in.) long and are absent during flowering time.
There are a number of other flower color forms, including white to pale pink, white and green, and a golden yellow with a rose flush.
Another variety, the Fakahatchee beaked orchid, is found in cypress swamps, middens, hammocks, tramways and on old logs and stumps in Collier County and also in Cuba. Sacoila lanceolata var. paludicola has fewer and larger leaves that are present when flowering. The flowers are typically a deeper red than the more widespread variety. 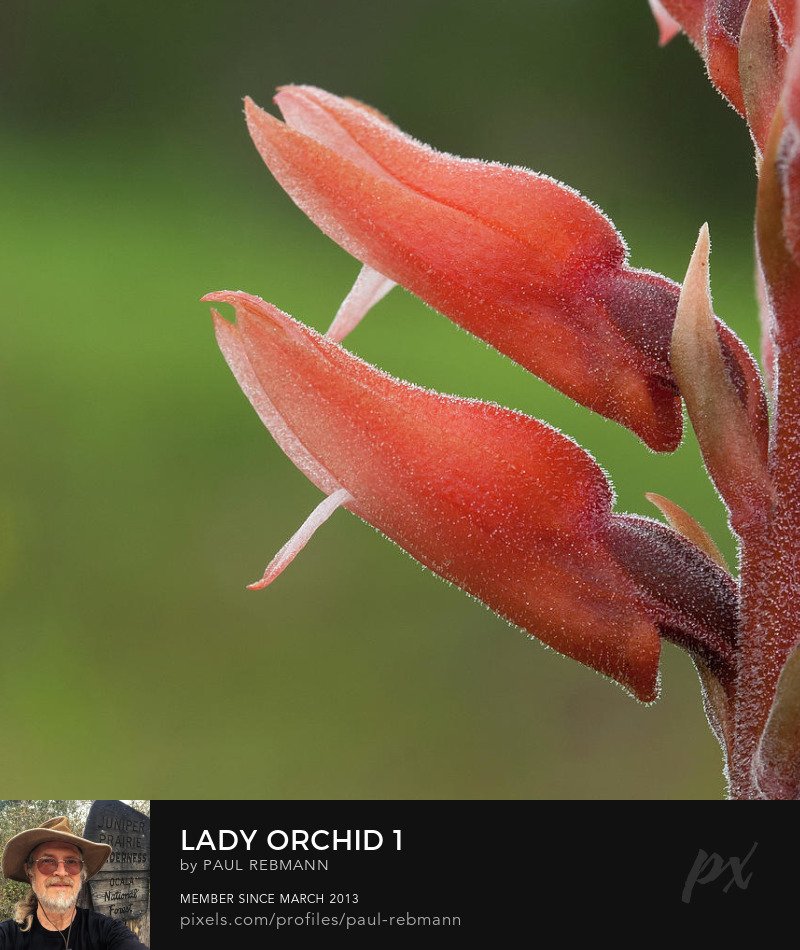 Sacoila lanceolata is a member of the Orchidaceae - Orchid family.