Found throughout Florida, tricolored herons range along the Atlantic Coast as far north as Maine in the summer, retreating to south of North Carolina in the winter. The range extends along the U.S. gulf coast, both coasts of Mexico and along the South American coasts to Peru and northern Brazil.
A medium-sized heron, being 63-68 cm (25-28 in.) in length with a wingspan of 95-105 cm (37-41 in.). The white underbelly in all plumages, in combination with a dark breast, is unique among the herons and can assist in identification. The broken white line down the foreneck can appear similar to the great blue heron. Tricolor herons have an extremely long bill, yellow in juveniles and during the winter, turning blue with a dark tip during breeding season, typically February through July in North America. Legs are yellow, turning pinkish-red when in breeding plumage, which includes white head plumes and long buffy plumes on the back. Neck is russet in immature birds, slaty-blue in all adults.
Requiring a wetland habitat, Egretta tricolor is listed as a species of special concern in Florida and a number of other states. Previously called the Louisiana heron, they were historically populous in Louisiana but have suffered from extensive wetlands loss in that area. Significant nesting populations exist in the Tampa Bay and Cape Canaveral areas, and this species will benefit greatly from Everglades restoration. 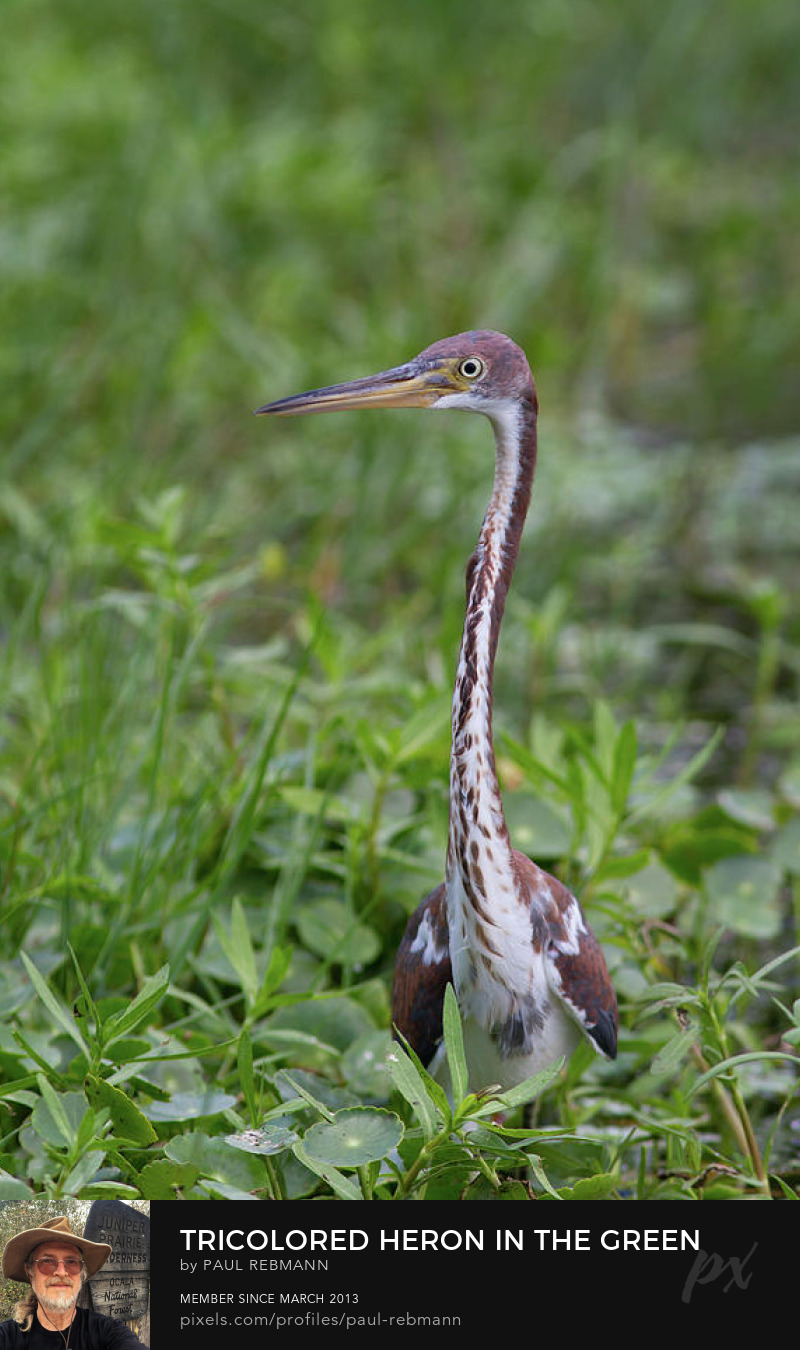 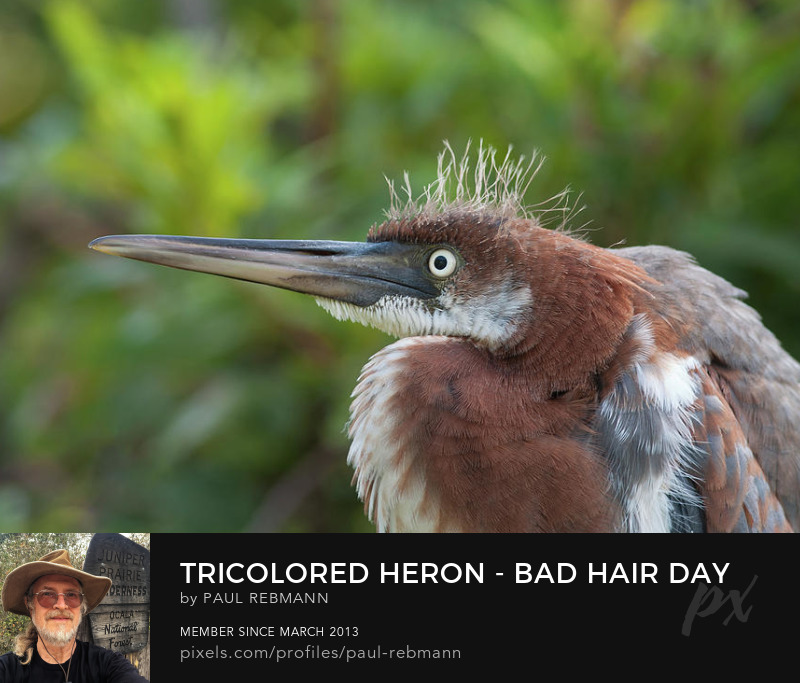 Egretta tricolor is a member of the Ardeidae - Herons & Bitterns family.