A year-round resident of Florida, with fewer in the northern part of the state during the winter months and overall less populous in the keys.
They are also resident in the northern coastal and central mountain areas of South America. Summer range includes the southeastern United States with little blues migrating farther north as far as Nebraska through Ohio and up the Atlantic coast into Maine. In winter they range through Central Ameria, along the west coast of South America, both coasts of Mexico and the entire Baja peninsula.
Adults have a slate-blue body color with a maroon-brown head and neck. Legs are grayish to green in all ages, becoming black during breeding season. The top of the head may appear from dark gray to cobalt blue. The tip of the bill is black. Juveniles are mostly white and as they mature through their first spring they are mottled white and dark gray.
The larger nesting colonies are usually in coastal areas, in flooded vegetation or on islands. Little blue herons seem to prefer to forage in freshwater lakes, marshes, swamps and streams.
Egretta caerulea is listed as a species of special concern in Florida mainly due to changes in the natural hydroperiods of many wetlands and pesticide and heavy metal poisoning. 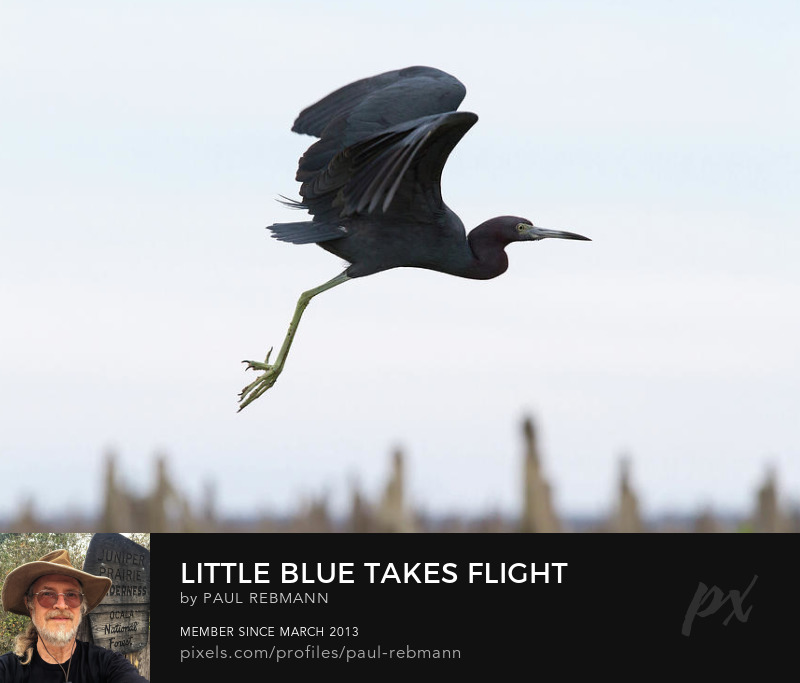 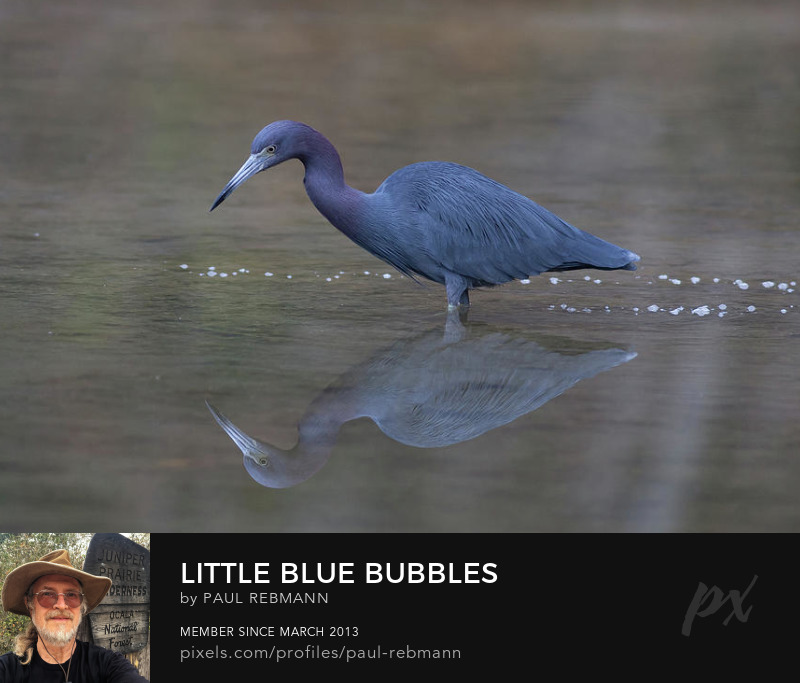 Egretta caerulea is a member of the Ardeidae - Herons & Bitterns family.

For more information on this species, visit the following link:
Cornell Lab of Ornithology page for this species