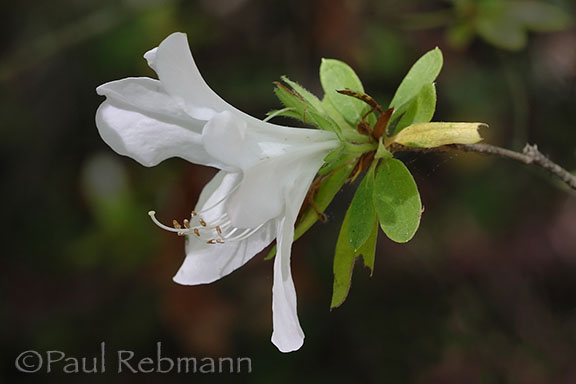 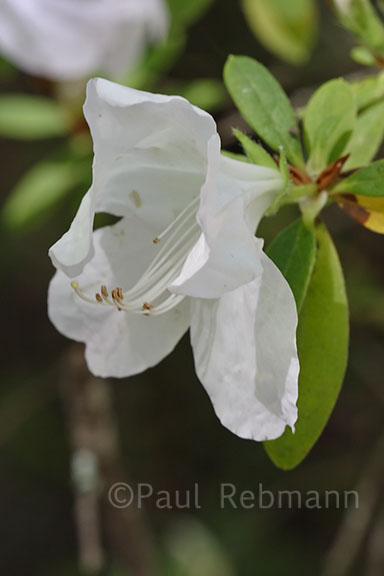 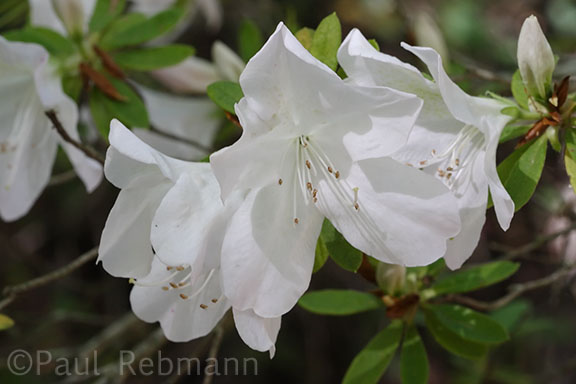 This is an azalea cultivar for landscaping that was on the Ravine Trail at Bear Creek Education Center in Lake Talquin State Forest.
I had originally but mistakenly thought that this was Chapman's rhododendron as I did not expect to find a cultivar on a state forest trail. A helpful website visitor pointed out my error, which did explain why these flowers were so white.
See Auburn University Horticulture Dept. Plant ID Resource for more information on this and other azalea cultivars.

Rhododendron indicum is a member of the Ericaceae - Heath family.