Year-round residents of coastal areas and near rivers and lakes in Florida, the state population increases in winter as many more bald eagles return annually to breed and nest. The range extends throughout much of North America, from Mexico to Alaska, where the largest population is found.
These large raptors are distinctive as adults, with dark brown body and wings contrasted with a white head and tail and yellow beak, legs and feet. The body is stouter and the head is larger than other similar looking birds. Immature birds have dark heads and tails. Second and third year birds are mottled with white on various parts of their body.
Mating and nesting seasons vary by area. In Florida eggs are typically laid from November through January. In the Pacific northwest, eggs are laid in March and April, with egg laying in May in northern Canada and Alaska. Usually two eggs are laid, sometimes three. During the 35 days of incubation one of the parents will remain on the nest nearly all the time to keep the eggs warm and possibly more importantly to protect them from predators. The nests are large, and will be reused year after year.
Once listed as an endangered species, increased protection, a reduction in shootings and possibly most importantly, the discontinuation of the pesticide DDT have allowed the population to rebound to where the IUCN now lists Haliaeetus leucocephalus as a species of Least Concern. 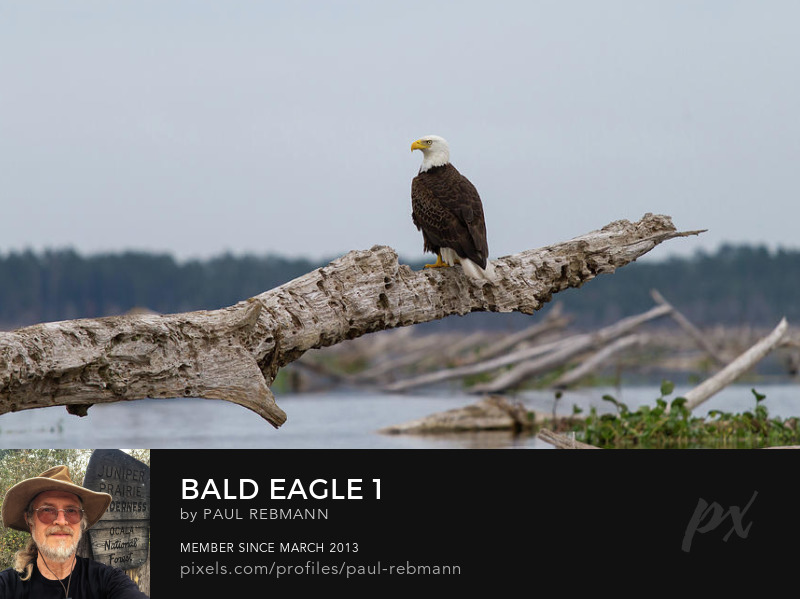 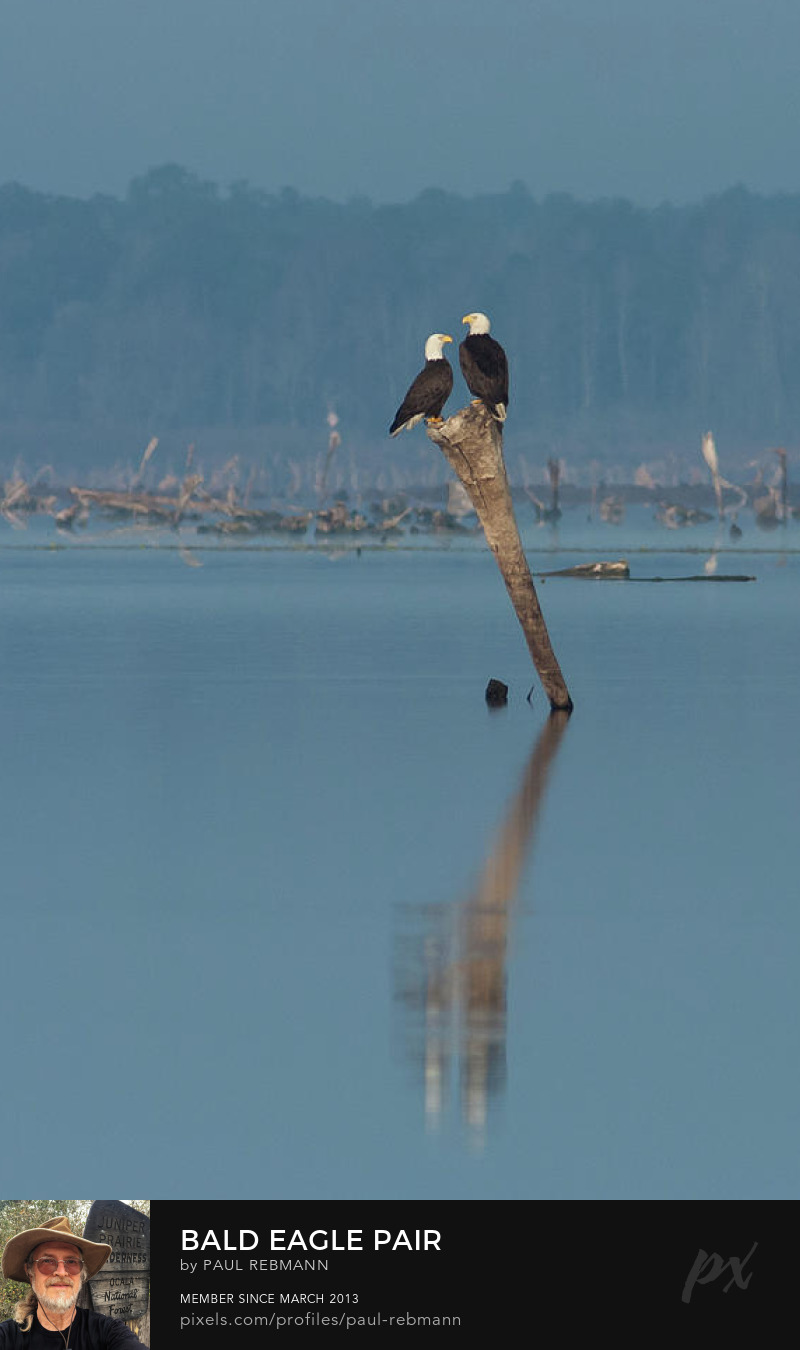 Haliaeetus leucocephalus is a member of the Accipitridae - Hawks & Eagles family.

For more information on this species, visit the following link:
Cornell Lab of Ornithology web page for this species