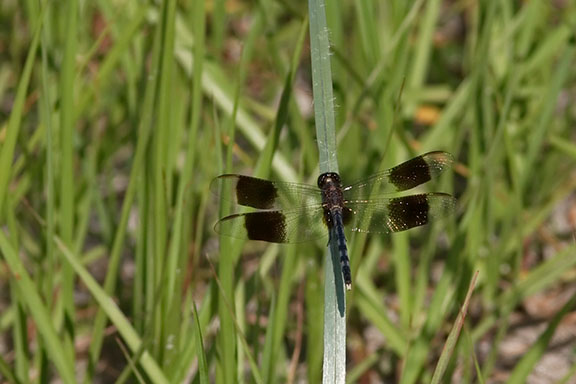 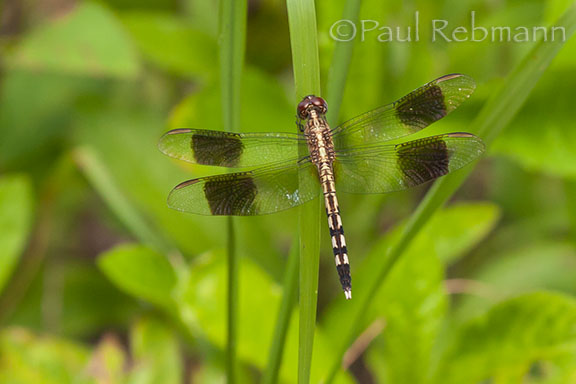 A small dragonfly of ponds and marshes, particularly ephemeral ones, mostly in southern Florida south of Lake Okeechobee, but also sometimes in the central peninsula. The range includes the West Indies and southern Texas with strays as far north as Ohio.
The largest of the Erythrodiplax species found in Florida, E. umbrata are from 38-47mm (~1-1/2 to 2 in.) long. Males have large black bands across the wings from about the mid-point towards, but not all the way to the tip. There are two color forms of female band-winged dragonlets. The black form appears similar to the male, with yellow(often very pale) and black slender abdomen swollen near the tip. The brown form is similar to juveniles, dull-brown and olive colored.
Like the other Florida dragonlets, some specimens have an amber spot at the base of the hindwings.

Erythrodiplax umbrata is a member of the Libellulidae - Skimmers family.

For more information on this species, visit the following link:
Bugguide.net info page for this species