Pileated woodpeckers are found though-out the southeastern United States, up the Atlantic coast into New England. The range also extends west through the Great Lakes region, up into northwestern Canada to the Pacific and dropping back down into the United States along the coast into California and also in the northern Rockies.
Second only to the probably extinct Ivory-billed woodpecker in size, they are mostly black with white stripes on the face and a distinctive red crest. In males this red crest extends to the front of the head and they also have a red cheek stripe. Females have a black forehead. The wings of both sexes are white underneath with a black trailing edge. The top of the wing shows a narrow white crescent on the base of the primaries, often showing slightly when at rest.
These large woodpeckers often make their presence known in the woods with their whinnying, laugh-like calls or either the deep drumming on trees or the heavy chopping sound they make while foraging. 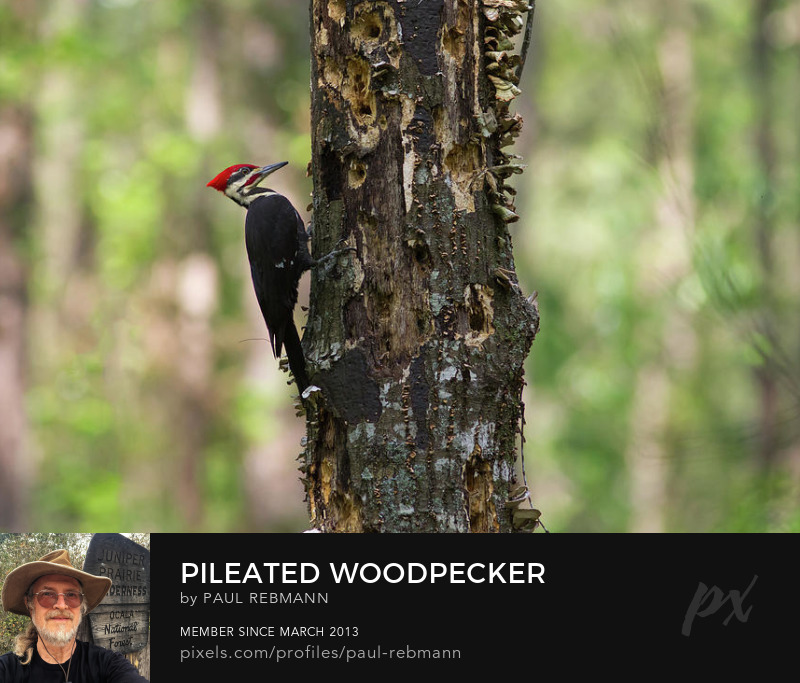