This bird is often be seen perched above or near the water with wings spread to dry. A year-round resident of Florida and the most numerous and widespread cormorant in North America, they can be seen at some time of year in every state.
A large dark bird - with juveniles having a lighter head, neck and breast - they are 70-90 cm (27.6–35.4 in) long with a wingspan of 114–123 cm (44.9–48.4 in). They are visually similar to the anhinga. Differences include the double-crested cormorant having a shorter tail, a yellow to orange chin and most notably a beak that is thick throughout with the upper beak downcurved and overlapping the lower beak at the tip. Anhingas have a longer tail and a straight-tapered, pointed beak.
Found in nearly any form of water habitat - fresh, brackish and salt - these birds will nest either in trees or on the ground. They feed primarily on fish, also eating other aquatic animals, insects and amphibians.
Populations declined drastically in the 1950s and 1960s when DDT was being used and a pesticide. Since the 1972 ban on DDT use in the United States, cormorants, like the bald eagle and other birds, have made a dramatic comeback. 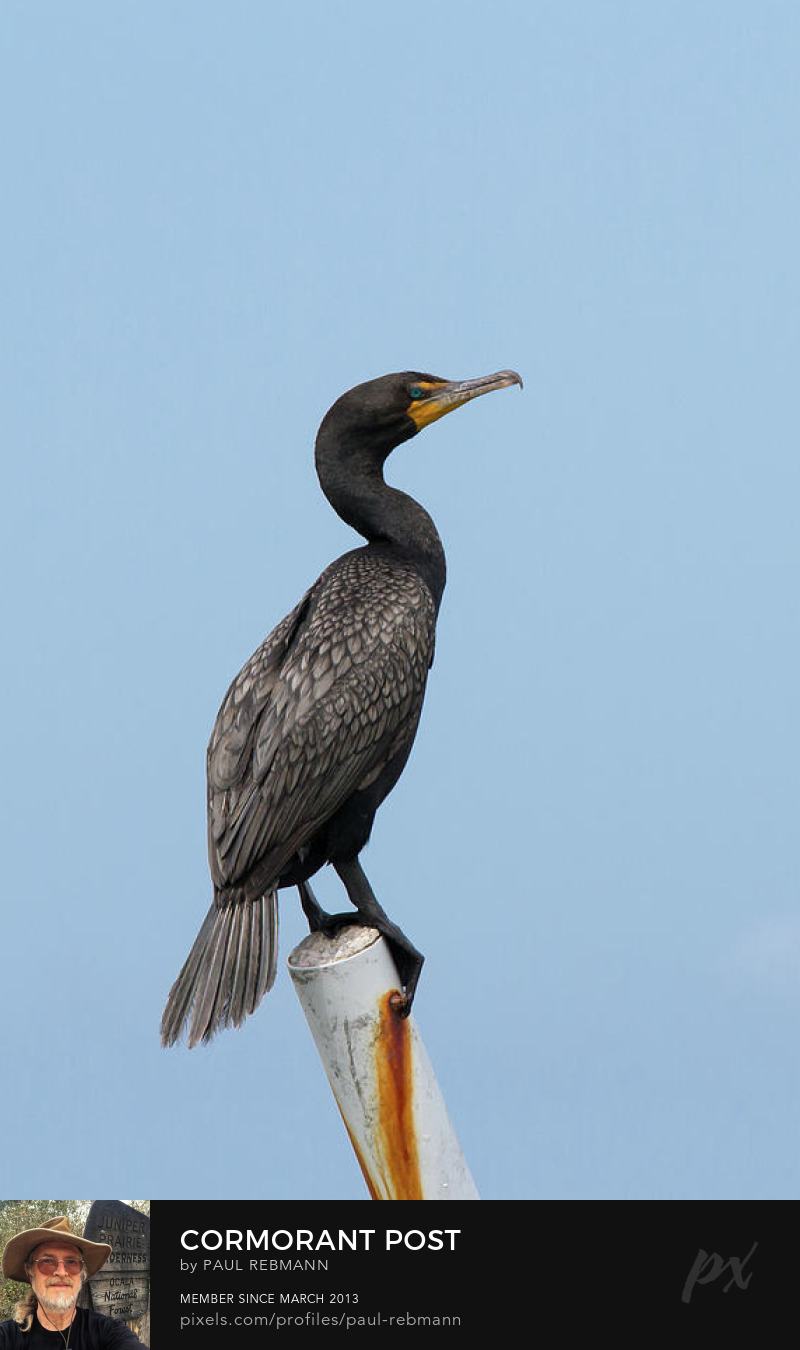 Phalacrocorax auritus is a member of the Phalacrocoracidae - Cormorants family.